I Blinked…and You Grew Up

Important Information: As an Amazon Associate I earn from qualifying purchases. I may also earn money or products from the companies mentioned in this post. See Privacy Policy, Disclaimer Page and Terms of Use for more information.

I’m in a strange mothering season.  I can flip like a light switch from a conversation about potty training to high school graduation because they are both realities in my life.  It is the fact that they are both in my life right now that shines a spotlight on the truth of these words.

They grow up too fast!

This week we are preparing for my firstborn baby to graduate high school.  It marks the end of her life at home and the beginning of life on her own.  She will always be part of our family, but her presence in our family is changing.

This week I have begun the walk down memory lane while gathering pictures, elementary school projects, and other things to share at a small dinner we are holding to honor her.  I hold the evidence in my hand that she did grow up too fast.  I’ve already cried my fair share of tears.  (And I know there are many more to come.)

Emma is kind and tender-hearted.  When she walks into a room, she is drawn to the person who is alone or feeling out of place.  She has an inviting presence that draws you in.

Emma is a good conversationalist.  She asks good questions and is genuinely interested in knowing more about you.  She finds out interesting things and connects with people at a level deeper than what meets the eye.

Emma is willing to try new things.  From speaking a new language or traveling overseas by herself, to trying a new food or game, she is willing to give it a shot and try something new. Sometimes she finds that she loves it and can develop a new interest, but sometimes she realizes that it wasn’t what she thought and can stop spending energy wondering about it.

As she heads off to college, I am excited for the opportunities that face her and seeing where she will be 18-years from now.

As I continue to muddle through this week of tears, I want to share something I wrote for her 18th birthday.

They told me 9-months of pregnancy would go by quickly, but I was so sick I couldn’t imagine it ever ending. And then you were born. And I was in love.

They told me you would be sleeping through the night before I knew it, but I was so exhausted from your (multiple) nightly feedings that I couldn’t imagine it. And then one night you did. And I did. (And I panicked!) And we began to find our rhythm.

They told me that no one ever went to college still in diapers, but I was convinced you would be the first. And then almost overnight you mastered the skill of using the potty. And you gained independence.

They told me to enjoy the toddler years because the school years come around quickly, but I was sure they would never end. And then one morning you were off on the bus eager to for your new adventure of school. And I began to feel the momentum of time pick up speed.

They told me the days would feel long, but the years would fly by!

They told me to revel in the moments you wanted me – needed me – and to embrace them not as interruptions, but to cherish as precious mommy moments. But I took them for granted and believed they would never end. And now you are a strong, capable young woman who doesn’t need her mommy the way you used to.

They told me that if I blinked, you would grow up.

No matter what season of mothering you are in, enjoy today.  Look for and create those mommy moments.  They do grow up too fast, and after today, those moments will either be a memory or a lost opportunity.  What will you choose?

Get Your FREE Copy 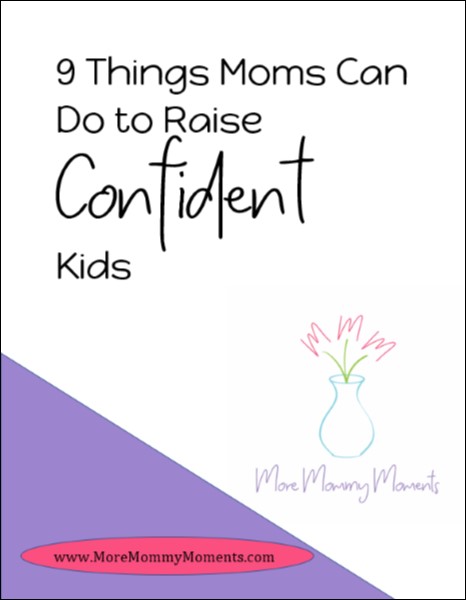 How I Meal Plan